If You Get Lost You Can Always Be Found

I really like that song, referenced in the title above, by Phillip Phillips. (Except for the bridge, which makes me think of a cattle drive from the Ponderosa to Carson City.) And I hope the artist’s label won’t sue me for copyright infringement. I’m told the music industry is pretty draconian when it comes to eking every miniscule droplet of plasma out of a song’s profitability.
UMG Records! I am making no money off this blog. None. Not a farthing. Please leave me alone.
No, I am not a particularly materialistic person. At least, I don’t think so. Shopping for shopping’s sake holds little appeal for me, which has disgruntled my mother ever since I was old enough to say, “I’m bored and I want to go home” in the middle of J. C. Penney’s coats and dresses department. And I’m pretty free with my stuff. If you really like something I have, it might go with you when you leave my place.

However, that could be more related to the people-pleasing tendencies I’m trying hard and often failing to overcome.
But I do get kind of thing-clutchy when it comes to gifts. If you go in for the premise of The Five Love Languages, you would easily recognize mine as primarily Acts of Service, followed by Gifts in close second. Clean my house and leave me a plate of homemade cookies on the counter and I will do anything for you. Forever.
So when I looked in the mirror while getting ready for bed one night, and discovered that one of my earrings wasn’t there anymore, I got that sick feeling you get in the stomach when, say, you’re backing up in a parking garage and you feel the thud/crunch of a concrete pillar sucker-punching your car’s rear quarter panel.
Not that I have any idea what that actually sounds like.
Those earrings were a gift from Dear Husband, and they matched a bracelet that were also a gift from Dear Husband, and they were fairly pricey, as I could tell from Dear Husband’s facial expression when I showed him my naked left ear. 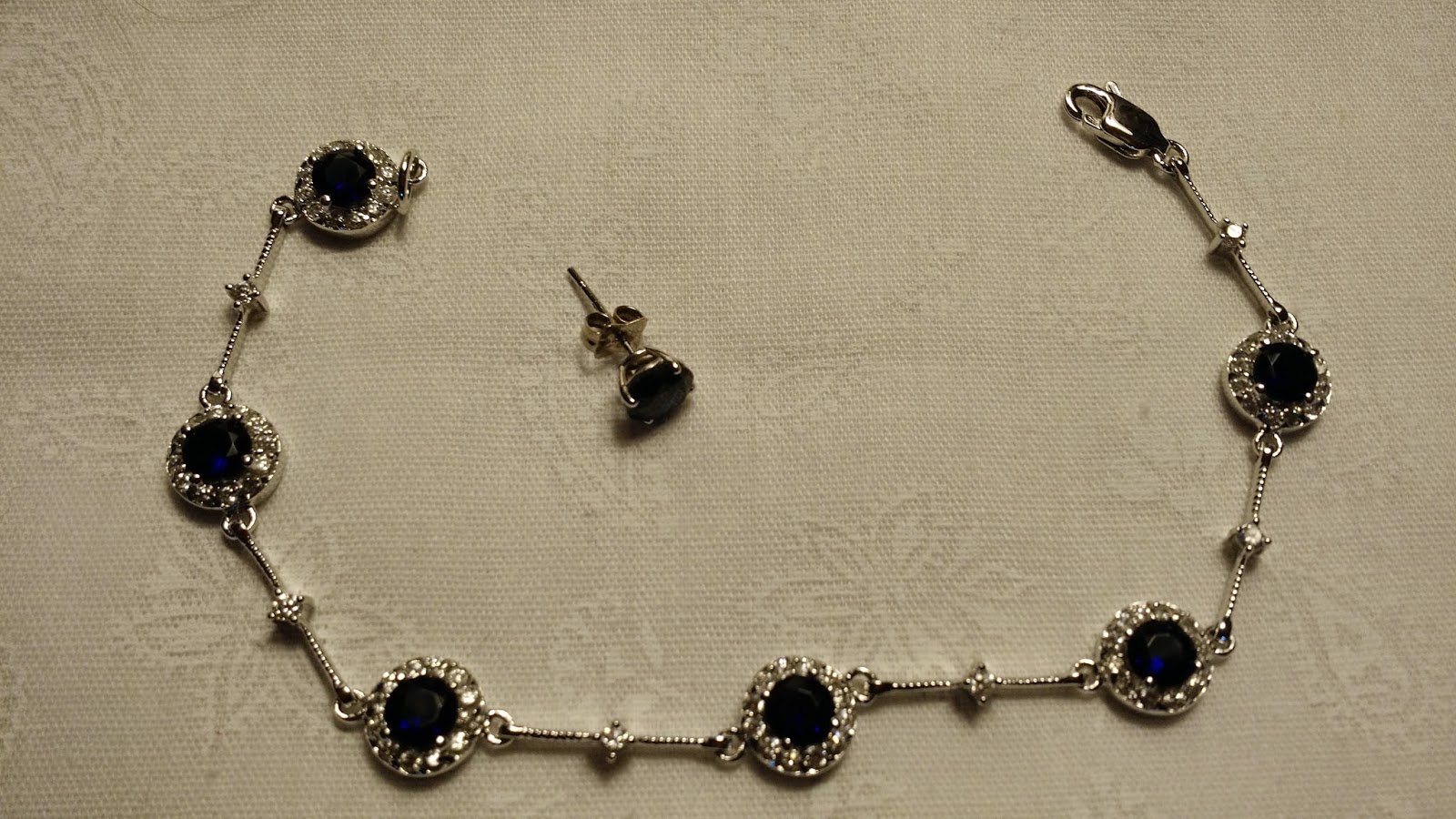 But even more significantly, Dear Husband lacks confidence in his gift-giving skills. He’s an engineer, in every sense of that term, and leans much further toward logic, mechanics, and practicality than emotions, romance, and symbolism. I once mentioned that I’d like a new alarm clock, and he leapt out of his chair, fizzing with the delight of a child who’d just been presented a pony with a birthday cake on its saddle. “Yes!” he exclaimed. “I can get you a present that has an electrical cord!” And I got a super-whamo-dyne alarm clock that does everything except make the bed for me after I get up.
So he scored with the earrings and bracelet. I loved them, and they were sweet, romantic, and beautiful. He was proud of himself, and rightly so. He picked them out without the least suggestion or direction from me.
And then I lost one.
Over the next week I turned the house upside down. When I discovered only an earring back, it confirmed my greatest fear: that the earring itself had fallen somewhere outside the house. We got snow and ice that week, too; if I’d lost it in the great outdoors it had surely been buried, then swept away by the blade of a shovel or snowplow.
I cleaned out the car, in case it had tumbled beneath the seat. I shook out all my clothes and jackets and scarves and hats. I scoured my jewelry box, in the hopes that I’d actually just forgotten to ever put it on.
Nowhere.
I prayed. And felt really shallow doing it. “God, please help me find my sapphire earring.” Talk about your first-world problems, right? That sounds not just first-world, but uppity, up-town, country-club, one-percent, “Oh, James—our stock portfolio has fallen three points” trivial.
(Apologies if you’re a first-world, uppity, up-town, country-club one-percenter. I’m sure you’re a lovely person.)
In desperation, I started making the two-block trek to my kids’ bus stop with my face to the ground like a bloodhound sniffing out the trail of a fugitive bunny. I even told my kids, “There’s ten dollars in it for anyone who finds that earring.” My seven-year-old lobbied for fifty. Pretty sure she’s destined for law school.
And you know what? I found it. Not in the house, or in the car, or in the jewelry box, or even as a result of the email plea I sent out to our neighborhood. I found it in the middle of the sidewalk half-way between my house and the bus stop. Seriously. Walking home with my girls, I glanced down and there it lay. 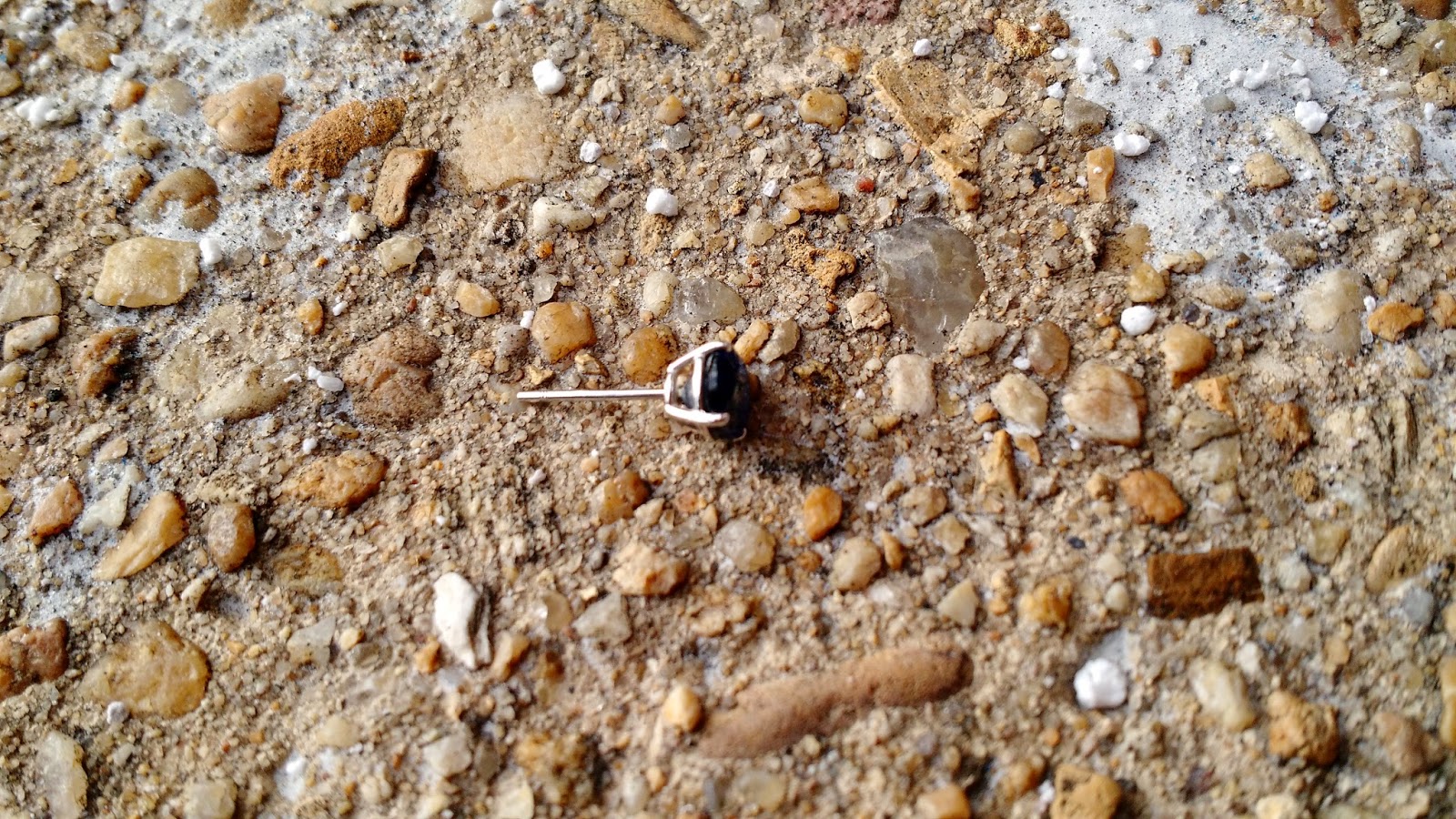 I squealed, picked it up, and I think I may have even done heel-clicking dance bells with my feet. I showed the girls, whose faces registered awe and disbelief, just before the little one said, “Can I have the ten dollars anyway?” I called my husband and emailed my friends who knew about the missing earring.
Now, you probably think I’m going to draw a parallel between my earring experience and the biblical proverbs of the lost coin and the lost sheep. Well, I’m not. That’s way too obvious, and you all know those stories already. Psyche!
(Did I just date myself with that last word?)
No, this story is about the importance of relationship. The monetary value of the gift had little to do with my sorrow over its loss. I felt equally sick when a houseguest put in the dishwasher an “I Love Mommy” mug that my daughter decorated with Sharpies and gave me when she was in kindergarten. The mug came out of the wash cycle as pure white as the day it came off the assembly line, and I cried and cried and cried. Because the five-year-old who created it no longer existed, and now neither did the artwork that represented that five-year-old’s love for me.
The earring is about my relationship with my husband, who loves me enough to get out of his comfort zone and try to do and find things that please me. And it’s about my relationship with God, who cares enough about the “trivial” things of my life to give the back of my head a push downward at exactly the right moment.
At their core, relationships are not about things, but things do symbolize our relationships, just as the physical world manifests spiritual realities and the body experiences a symbiotic relationship with the heart and mind. In that sense, matter matters. And it’s not shallow or materialistic to give a gift, or to love a gift that’s been given, because the gift is the embodiment of the giver’s love.
So let me just conclude by saying that I’m whole-heartedly open to gifts, and I clearly have a very godly and righteous perspective on them. So go ahead, shower me.
I'll try not to lose them.