Postpartum Depression: Into and Out of the Abyss


On my run this morning, half-way through my playlist, two songs took me back ten years, to the aftermath of my second child’s birth, and the aftermath of that aftermath. Monster, by Skillet, could’ve been the theme song to my pilgrimage through postpartum depression; Third Day’s Saved is my refrain about the ascent out of that hell.
I think it’s finally far enough behind me that I can talk about it.

Adventures in Housekeeping with Teenagers 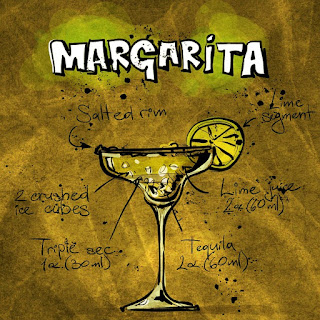 I’m not going down there, I said to myself as I squirted blue gel under the toilet rim. Not. Going. Down.
I have a housecleaning list, with tasks that need done weekly, bi-weekly, and monthly, like washing the towels, cleaning the mirrors, mopping the kitchen floor. And I ask for contributions from the fam. Especially over the summer, when the kids’ primary nod toward physical activity is the isometric couch roll, where they shift from one side of the rib cage to the other in an effort to reach the TV remote.
“Mom! Can you come and change the channel? The clicker’s, like, all the way over by the window!”
So I asked the nearly-thirteen-“I-am-now-a-man”-year-old to vacuum the dining and living rooms while I went upstairs to clean the bathroom.
The MGM lion roared out of his mouth.
“And use the Kirby,” I said.
Whale-song and emphysematic-camel-in-a-wood-chipper howls took over for the lion.
“But the Kirby’s so heavy! And it’s all the way in the basement! (If you read those last two sentences without inflecting an octave-up whine on the italicized words, go back and try it again.)
The Kirby’s too heavy? Says the boy who regularly tells me how much bigger and stronger than me he has become. Because he’s now one-quarter of an inch taller than I am.
He tried to pick me up once and it sounded like a Gatlin gun went off in his shorts. Yeah, Stretch. I still outweigh you by forty pounds, so if you want to throw down wi’cher mama, go ahead and bring it.
I left the man to wrangle the Kirby into place and I began work on the bathtub.
Before I even got the Comet sprinkled there was, downstairs, a bang. Followed by another. And some unintelligible, muttered words I decided not to investigate.
He does not need my help. I am not going.
The vacuum growled to life.
Another crash. “Aw, come ON!!!”
On my knees I scrubbed circles in the bottom of the tub with my scratchy-sponge.
Below me, in the living room, it sounded as though my son had undertaken hand-to-hand combat with a small band of psychopathic intruders. Or that a herd of wild boars were mating angrily with my Kirby.
Not rescuing him. Not validating this behavior. It’s vacuuming the carpet, not pick-axing granite boulders on a Louisiana chain gang.
After completing the tub I moved to the sink.
On the main floor a sound like someone pick-axing granite boulders on a Louisiana chain gang assaulted the threadbare fabric that is my nerve plexus.
“GEEZ!!!” echoed up the stairwell.
The woman in the mirror regarded me. I regarded her. Our eyes widened, our upper lips curled like Stallone’s, and our jaws took on a chiseled-marble appearance like those of Dwayne “The Rock” Johnson.
“I am not going down there,” I told the woman in the mirror, through clenched teeth.
Neither was she.
I scoured the sink, wiped down the toilet, and scrubbed inside the bowl.
The Kirby fell silent, but then I heard whipping sounds, like Indiana Jones had entered my home and found it replete with cobras.
Ah, he’s wrapping up the vacuum’s cord, I realized.
I continued to listen, monitoring my child’s progress. Because I am a mom who cares.
Those might’ve been choking sobs I heard. Or it could’ve been the cat suffering another bout of diarrhea.
Sure hope she doesn’t squirt it out in the living or dining rooms.
The boy returned the Kirby to the basement.
I returned to the main floor to find him on the couch, laptop on his stomach, earbuds snugged into his cochlear canals like two little umbilical cords. His eyeballs shot me the hairiest look of pure hatred I’ve seen since I French-kissed my sister’s husband at their wedding.
Totally kidding about that. I don’t even have a sister. But now you can picture the boy’s expression, right?
I knew he could do it, and without any intervention from Mom.
Think I’ll go make myself a stiff Margarita, then tell him I want him to mow the lawn.

When Racial Prejudice Smacked Me in the Head

In college I took a class titled African-American Literature. That’s been a few days ago, but if memory serves I was one of no more than three white students in a class of eighteen or so.
Why did I sign up for it? I’d like to say it’s because I was radical about racial understanding. More honestly it’s because I never liked doing what everybody else does, and I figured not too many white, middle-class, northern-America English-ed students were taking that course to fulfill one of their lit requirements. (I was right.)
Incidentally, I signed up for Russian history for the same reason. I dropped it a week later because I didn’t speak Russian, I knew nothing about Russian history, and it’s pretty hard to take useful notes when you don’t know a Menshevik from a mensch, and you think the Ottoman Empire is a great place to buy footstools.
In African-American Lit we read W.E.B. Du Bois, Frederick Douglass, Maya Angelou. I learned more about slavery and the civil war and the minority experience than I had in every American history and literature and political science class I’d ever taken, all put together.
But the thing that smacked me upside my privileged, oblivious, majority-culture head was something one of the other students said during a class discussion. She explained, “When you’re black, and you do something wrong, like come late to class, people say, ‘Black people are lazy and irresponsible’. But when you do something right, like study hard and get good grades, people say, ‘There’s an example of a good black person’. If you perform badly, you’re proof of the rule; if you perform well, you’re an exception to it.”
I’ve never forgotten that, and I hope desperately that it’s made a difference in how I perceive and treat others.
In these days of prejudicial hatred and bloodshed, and brokenness across layered, tangled lines of ignorance and anger and unforgiveness, it’s easy to feel helpless to do anything to turn the tide or change the culture or make any kind of meaningful contribution to healing and reconciliation and hope.
But I can remember every day that each person I encounter is an individual, with his or her own experiences and history and feelings and dreams, and does not and cannot represent an entire race or class of people.
I can show the same respect, deference, and generosity to those I don’t understand—or don’t agree with, or don’t even like—that I hope to be shown by others. And I can recognize that I am shown respect, deference, and generosity, almost across the board and with few exceptions, because I am a white American in a white-positive America.
And I can be an active participant toward goodwill, who watches for opportunities to behave with humanity and decency and respect toward others—black, white, or otherwise—and not someone who goes about her day less concerned about the words she used with the cashier than about whether the person ahead of her in line had eleven items instead of ten.
And I can pray that someday behaving with decency, honor, and civility to others will put me in the uncomfortable position of doing things just like everybody else does, instead of just the opposite.

The Best Beauty Advice You'll Get All Year

How can you improve your appearance, right now, today, this very minute? And without spending a single red-hot dime of your hard-earned cash?
Stop examining all the parts of yourself that you don’t like, and start appreciating the parts you do.
Imagine.
I’m probably the last person on earth others turn to for fashion or beauty advice. One of my favorite tweets EVER came from @amydillon who wrote, “My personal style can best be described as ‘didn’t expect to get out of the car’.” Woman after my own pajama-clad heart, that one is.
But a few years ago I realized that every time I passed a mirror my eyes went straight to my “trouble spots”, which is an American euphemism for “parts of my body that were not germinated by a Norwegian supermodel and did not manage to get themselves filtered and airbrushed before they exited the bathroom”.
I wished away my birthed-three-kids abdomen. I loathed my weird-shaped forehead that smacked into concrete pavement when I was five and suffered the brunt of chicken pox at twenty-five. My eyes shot daggers at the 12%-humidity-makes-my-do-go-Medusa hair exploding from my scalp. And I walked away from every encounter with my own reflection ever more convinced that these flaws rendered me permanently, and irredeemably, coyote ugly.
But then I remembered that I do occasionally get the odd compliment.
I have long-ish legs.
My skin looks a fair bit younger than it should. (I knew I’d be glad I never picked up smoking or sun-worshipping.)
And the pregnancies that fat-bombed my tummy did the same thing to a couple of my lady parts that formerly required push-up articles of apparel and/or well-placed, balled-up tube socks to create even the suggestion of hillocks under my T-shirt.
Why didn’t I ever take note of these things when I looked at myself?
So I started.
It was magic, people. Pure magic.
Ladies—and gentlemen, too—I challenge you to try it for two weeks. Heck, even one week. Every time you look in the mirror, put your eyes on something you like about yourself, and keep them completely off the stuff you’d change if you could. It’ll change your life.
100% money-back guarantee.

This is probably the only beauty tip you’ll ever get from Wasting My Education. But you never know what you’ll find here unless you SIGN UP!

Occupy the Kids: a Summer Survival Guide for the Uninvolved Parent