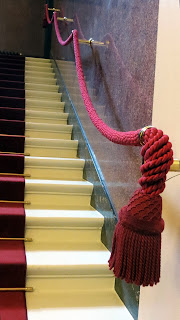 I’m a white, female, cis-gender American. I’ve written before about experiencing some misogyny, but the bulk of my life experience has been pretty equitable and unchallenged with respect to my personhood.
The first time I did encounter negative racism because of the color of my skin I was 26 and trying to get into a bar in Okinawa with my Japanese friend to celebrate New Year’s Eve. Not long before, two Marines kidnapped and raped a twelve-year-old Japanese girl, so anti-American outrage blazed even hotter than the already tenuous relationship between the locals and the U.S. servicemen stationed on the island.
At the door to each nightclub we approached the bouncer looked me up and down with contempt, turned to my companion and said, “Japanese only.” My friend explained that I wasn’t military—in fact, I lived in Japan on a missionary visa as a Christian teacher at a nationally known and respected girls’ academy in Osaka.
Her every explanation and plea was met with the same two words, delivered coldly: “Japanese only.”
After multiple failed attempts to gain entrance to a countdown party, humiliation felt like a full-body tattoo I could neither cover nor escape. My appearance alone made me the object of derision and rejection. My friend wanted to keep trying. I couldn’t take any more public shaming. Outside a post office we found a ragtag group of foreigners who’d ginned up an impromptu party with a boom box. We got drinks out of a nearby vending machine.
I remember thinking, as we counted down the seconds till midnight, “Goodnight. Is this what minorities in America live with all the time?”
We hear a lot about white privilege now, and I hear a lot of white people taking various degrees of offense either at the idea that they’re blissfully ignorant of their advantages, or at the implication that they’ve experienced any advantages at all. Each of us has had our own unique set of experiences, of course, so I can only reflect on mine. But here’s what I’ve found my own privilege to look like:
Going Out
I’ve never been denied entrance to any recreational establishment anywhere in the United States. During my young and single days, my friends and I were admitted to bars with no more than a cursory glance at our IDs. I can’t say how much my pigmentation had to do with my freedom to mingle, but I know my age and gender at least occasionally played a part.
Encountering Law Enforcement
I’ve been pulled over a few times—and rightly so—but I’ve never had a single unpleasant interaction with a policeperson. I can count on officers to be gentle, pleasant, and professional with me. If I smile and apologize, I have a reasonable chance of getting off with a warning rather than a ticket. I’ve probably passed the age where crying will reliably work as a get-out-of-ticket card, but I can report that in the past my tears have been met with anxiety and compassion from the male officer who’d stopped, then subsequently released, my speedy self.
I’m not proud of it, but it happened.
At the Store
Staff at the businesses I frequent do not assume when they see me in their stores that I may be a thief, or that my check or credit is no good. To my knowledge I’ve never been followed or watched by security or another employee when I shop. The combination of my skin, age, clothing, and demeanor suggests that I am well-off, responsible, and trustworthy, and I am always treated as such. A cashier or manager may occasionally be gruff, but my assumption in that situation is that he/she is having a bad day, not that the rudeness has anything to do with me. Because, why would it?
On the Job
I have a college degree and a non-ethnic-sounding name. That alone gets my resume further along the hiring process than many others. There’s nothing arresting about my appearance: I’m neither exceptionally stunning nor painfully unattractive, my skin tone matches that of the dominant culture, and I have the knowledge and resources to present myself in a way that conveys professionalism and competence (whether I actually possess them or not).
Speaking the Language
I’m not only fluent in the official language of the United States, I also know how to adopt certain vocabulary content and linguistic means to make myself agreeable (or imposing) to different groups: knowing what “scaffolding” means to an educator gets me extra currency with my kids’ teachers, and understanding when to drop (or avoid) a phrase like “I asked my lawyer’s opinion about this” can open a number of doors for me. Whereas the Hispanic and fluently bilingual, graduate-degree holding principal of our elementary school was immediately (and loudly) asked, “Do you even speak English?!?” by the man driving the other car in a fender-bender, no one in my country has ever assumed I can’t defend myself verbally.
She responded perfectly, by the way: “Yes. Do you?”

As I reflect on my experience of social privilege what concerns me is the likelihood that I still don’t recognize all the advantages I enjoy simply because of who I am, many of which came along with my birth package and have no relevance to what I deserve or anything I’ve “earned.”
Am I privileged? Yes.
Am I as privileged as somebody else? Maybe. Maybe not. We’re all on a continuum that runs from Fully Disenfranchised to Spoiled Rotten.
I’d argue that anyone who denies the existence of that continuum can probably be found somewhere on the latter half of it. Because if you’re not privileged, you know it, and you know why.
The blissful ignorance of privilege is simply one more privilege the ignorantly blissful enjoy.