That Internet Hoax Will Bite You in the Butt

Truth has taken a beating over the last— well, since the beginning of time, really. No matter which side of the political/social/cultural aisle we stand on, we all believe that those on the other side are actively propagating and believing oceans-full of lies, lies, lies, while we and our side have the corner on truth.
It’s worth keeping in mind that one of hell’s most insidious and successful strategies toward the destruction of man is to seed stories and beliefs that are 90% true, but laced with just a touch of lie. It’s a slow and hard-to-detect poison then, that kills those who drink it like the proverbial frog in the saucepan.
What’s troubling me today, however, is the willful acceptance and dissemination of tales we know full well are not true. I’m talking about debunked urban legends and internet hoaxes.
Several times in the last few months I’ve called out false stories to friends and family. These hoaxes are often about threats to safety, like the untrue tale of would-be rapists luring compassionate women into their clutches via children who pretend to be lost. And in response to my refutation I’ve often been told some variation of, “Even if it isn’t true, it’s good to be aware of so you can protect yourself.”
Say what?!?
The only thing that’s “good to be aware of” about a lie is that it is a lie.
Here’s why:
We are unquestionably vulnerable to violence and malevolence from others. A lot of people want to steal from and harm us. We’re like houses that way: we need to control our doors and windows—i.e., our access points—to keep the good in and the bad out.
Lies that we believe are diversions. They’re the bad guy making noise in the bushes at the back of the house so we switch on those lights and turn all our attention to that entrance, leaving the front door unguarded for the real thief/rapist/murderer to break in unimpeded.
We only have so much time, so much attention, and so many resources to devote to our own protection. When we commit our and others’ time, attention, and resources to focusing on things that aren’t actually threats, we diminish the ability to protect ourselves against real threats.
In the example hoax above—rapists who use fake lost children to lure victims—it’s vital to understand that while such a scenario could possibly take place, such a strategy is much more complicated and difficult to employ than simply overpowering a woman who’s alone. Most garden-variety criminals are opportunists, not strategists. I don’t want my daughters scanning the parking lot for lost children who might be bait. I want them to avoid being alone in lonely parking lots in the first place, and I want them scanning for men who look like they’ve got nefarious intentions.
There is no good or productive outcome to a lie, except that by recognizing it as a lie we get better at discerning truth. So, in the immoral immortal words of Weird Al Yankovic, “Stop Forwarding That Crap to Me.”

So You Got Angry 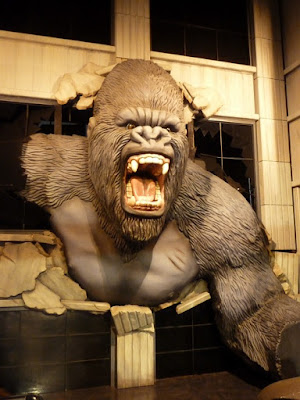 No big deal, right? Everyone loses their temper once in a while.
But what is anger, really?
Anger is a reaction to not getting something you want, and blaming someone else for it.
No one can make you angry and no one can make you yell, throw things, hit things, or otherwise behave with violence.
You don’t act angry because you care so much.
You don’t act angry because you’re right.
You don’t act angry because you can’t help it.
You act angry because you’re thinking about what you want that you’re not getting, and you have abandoned control over your behavior because of it.
Anger is hatred in action.
Anger makes the subject of your anger an idol, and the object of your anger an enemy.
The only justifiable anger is the righteous kind, which is a response to an evil that harms an innocent, and is meant to lead to action to stop that evil.
However, most of our expressed, daily anger is itself an evil that harms an innocent.
And most of our expressed, daily anger is unjustifiable.
Hinduism says that “anger comes … when what we ardently desire remains out of reach.”
Buddhism teaches that “anger… is one of the three poisons.”
The Bible tells us, “in your anger, do not sin.”
Common sense makes it obvious that anger produces pain, damage, and more anger. Like breeds like. Always.
Do you have a problem with anger?
Would someone in your life—your spouse, your child, a coworker, a parent—say you do?
If either of those questions are answered, “Yes,” then you have a problem with anger.
I’ve had a problem with anger.
The world has a problem with anger.
Anger is a problem.
So, what are you going to do about yours?

Resources:
The Dance of Anger: a Woman’s Guide to Changing the Patterns of Intimate Relationships, Harriet Lerner, William Morrow Paperbacks, 2014.


Anger Management Workbook for Men: Take Control of Your Anger and Master Your Emotions, Aaron Karmin LCPC, Althea Press, 2016.
Posted by Wasting My Education at 9:05:00 AM No comments: