A Glimpse of Heaven on Turtle Lake

My parents live on a small, quiet lake in northern Indiana. It’s perfect for fishing and pontooning and watching the riot of birds and other creatures who make its water and shores their home or rest stop.
Some years ago, long before husband and kids, and fresh off a trip to Australia with newly acquired scuba skills, I decided to practice snorkeling and free-diving at my folks’ lake.
I found out that despite its many charms, it’s not really a super place for underwater sightseeing.
Duckweed floats on the surface, swirled about by a meandering current from the river that enters at one corner of the shore and exits another. Reeds and lily pads and thick tangles of water flora rise and fall everywhere around the edge, a paradise of swamp and shadow and feeding-field for insects and amphibians, fish and reptiles.
The floor of the lake swallows your feet and sucks at your ankles if you venture to walk on it. My youngest daughter met her first leech this week after a wade next to Grandpa’s pier. I’m impressed she pulled it off herself. Made of stern stuff, that girl is.
Unlike the Great Barrier Reef’s yards of crystal blue transparency, my parents’ lake offers swimmers just a few inches of brownish fog. A turtle and I came centimeters from bumping noses before either of us saw the other. I think he might’ve soiled himself in his haste to flee, but it’s hard to say, given the general ambiance of the depths.
In the unclouded ocean off Australia’s coast you’ll see man-sized turtles and clamshells; sharks plenty big enough to make a snack of you if they decide you look worth chewing through metal air tanks and neoprene; warm rills of golden sand sprinkled with sea cucumbers; coral forests of hues that make watercolorists salivate; and fish as varied and decorated as a tropical garden sprung magically to life.
The lake holds forests of pondweed and algae, tasty bluegill and perch, frogs and snakes, and an occasional beaver or mink. But you’re unlikely to see much of the flora and fauna on a swim. Your best bet is to sit quietly in a shallow spot, on the dock or in a boat, and wait for something interesting to wander by.
One recent morning I drank my coffee on the pier under a pink and orange sunrise. A turtle, about the size of my hand, surfaced for breath a few feet away.
I felt a bit sorry for the little guy.
If he could swim once in the sparkling, diaphanous seas of a sunny ocean reef, he’d never again be satisfied with murky waters, I thought. Paddling around in a lake can’t hold a candle to exploring the ocean.
I’d like to tell that turtle, “There’s a place, a wide-open expanse, with colors you’ve never seen and creatures you can’t imagine. It’s bright and warm there, and you can see for miles. It’s beautiful, little turtle. You’d love it.”
I suspect my shelled friend would tell me there’s no such thing. He’s seen the world, and this is it. That I’ve fallen for a dream, or a lie. And even if this thing called “ocean” actually exists, lake dwellers can’t live in salt water anyway, so what’s the use knowing about it?
Maybe he has a point. If you’ve never seen the one, the other is all you know, and all you have, and all you live for.
Earth and heaven.
Shadow and light.
The pretty-nice and the perfect.
When you don’t know any different, how could you know the difference? And why should you even want to?
But for those of us who know, who’ve seen the real thing, these shadows, these minor chords and pale reflections serve to remind us: there is more. Earth is just a hazy apparition; heaven is the real deal. That’s where we’re going, and that’s what whispers into our dreams and our hopes and our souls.
Then we can’t help but pity those who’ve never seen it, don’t suspect it, and aren’t interested.
Because we’ve glimpsed it, and it’s breathtaking.
May I send my next post to your inbox? Click here to subscribe to Wasting My Education.
Posted by Wasting My Education at 6:28:00 AM No comments:

Praying 101: How to Get Exactly What You Want from God

I’m not a theologian, but I’ve played one on stage.
I’ve also been a praying woman for a certain span of decades, the number of which I’m not going to share. But I’ve discovered the secret to getting my prayers answered the way I want.
It’s simple. It’s effective. And it works every time.
Were I a money-grubbing pseudo-journalist who just wants your revenue-generating clicks, I’d make this a stop-motion, waiting-for-ad-#62-to-load, 40-image slideshow with eight more frames between my questionably topical teaser and part one of 15 of a likely disappointing answer.
But I’m not. So here it is, the magic formula, red-phone-to-God recipe for success in prayer:
Start wanting what God wants.
Yes friends, it’s just that easy.
When Jesus said, “If you ask me anything in my name, I will do it,”1 he was serious. You either believe him or you don’t. It’s a pass/fail class.
The lynchpin, however, is that little three-word phrase right in the middle: “in my name”.
Eeyow. What’s that even mean? 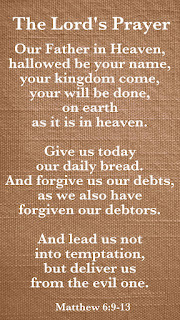 Only that if you ask in Jesus’ name, it’s got to be something Jesus can get behind. If you’re not sure what qualifies, run your request past the Lord’s prayer2, which was Jesus’ syllabus for Praying 101 when his disciples asked him how to do it. Here’s the fast and dirty cheat sheet:
Does my request glorify God?
Would it make earth more like heaven?
Is it an actual physical necessity I have or someone else has?
Do I need to forgive anyone or get forgiveness for something before approaching God?
Would fulfillment of this request align me with God or with Satan?
One time I heard a sports commentator mock Tim Tebow before a game, because he thought Tim was praying for his team to win.
Holy infantile inferences, Batman. Any person who subjects himself to public ridicule for his faith already possesses entirely too much spiritual maturity to pray that kind of puerile nonsense. I can think of five things, right off the top of my un-athletic little head, that Tim Tebow might have been on his knees about before a televised football game:
Thank you, God, for the privilege of getting to earn a living doing what I love.
Help me do my best to honor you and my team today.
Protect every player on the field, and let no one come to harm during this game.
Let all of us be positive role models to the kids watching us and hoping to one day be professional athletes too.
Bless every person who came out to watch us today, and bring them into a closer relationship with you.
God has a will, and he actually does want us to participate in it. But we need to be on the same side of the tug-of-war rope, pulling in God’s direction with him, instead of against him, if we want to participate in that will.
We may be momentarily dispirited, however, when we acknowledge that although results to this prayer strategy do not vary—God’s will will be done—we may or may not get to see those results unfold. Sometimes God slaps an unequivocal “Yes and Amen!” onto our request before we’ve even finished speaking it; other times he seems to be working on geological time while we’re running a squeaky hamster wheel, cardio at 270 beats per minute.
But be assured, he is working. And he loves our prayers when they’re asking him to do the very thing he wants to do. (He’d really like for us to calm our frantic selves down and trust him.)
So friend, whatever you’ve got going on today, God’s as close as a whisper in your ear. You may know exactly what to ask for, but if you don’t, then just ask that: “God, what’s your will in this?”
He will tell you, if you really want to know.